FILA DE TURGUA, Venezuela—Late President Hugo Chávez won loyalty by distributing hundreds of billions of petrodollars to lift millions of Venezuelans out of poverty. The money has run out for his handpicked successor, President Nicolás Maduro.

Less than three years into Mr. Maduro’s tenure, Venezuela’s economy is in shambles amid low oil prices, and poverty is more prevalent than it was when the leftist Chavismo movement took power nearly 17 years ago.

The country’s economic malaise has made poverty a central issue ahead of Sunday’s parliamentary elections, in which polls show the ruling United Socialist Party of Venezuela could lose its parliamentary majority as residents struggle with triple-digit inflation, chronic food shortages and a broad collapse in state welfare institutions that once handed out seemingly limitless cheap food and free housing.

“Instead of taking us out of poverty, this government has left us poorer than ever,” said Yamileth García, a school aide who has lived for 26 years in this impoverished mountainside enclave just south of the country’s capital, Caracas.

The struggles faced by the some 20,000 residents of Turgua, which has four public-health clinics but no doctors, reflect the nationwide decay in living standards that is pushing many Venezuelans back into poverty.

‘Instead of taking us out of poverty, this government has left us poorer than ever.’
—Yamileth García, a school aide

Many of the town’s residents live in tin-roofed, hillside adobe houses with limited supplies of water and power. The government-run Mercal market limits shoppers to buying one week’s supply of deeply discounted goods at a time, but recently it stayed closed for three weeks in a row. When it opened, it allowed customers a slab of beef each and otherwise offered only rice, pasta and powdered milk.

“This is not enough for a family,” Ms. García said. “We really need a change.”

A new study conducted by a consortium of Venezuelan university professors called Encovi says 76% of citizens are now living in poverty when measured by income, the highest level since 1975. That compares with a peak of 55% and a low of 21% during Mr. Chávez’s tenure.

Measuring poverty, tricky anywhere, is complicated in Venezuela by a dearth of data. Mr. Maduro’s government stopped publishing poverty statistics after it took over in 2013 and hasn’t released basic economic indicators like inflation or output since late 2014.

Adding to the puzzle is Venezuela’s cumbersome foreign-exchange system, which has produced four vastly different conversion rates for the U.S. dollar, making it difficult to compare Venezuelan incomes on an international level. At the official exchange rate of 6.3 bolivars a dollar, Venezuelans appear to be earning a strong $1,500 a month. But calculated at the black-market rate commonly used on Venezuela’s streets, the wage comes out to around $12 a month—half the income of the average Cuban.

The government’s price caps, which keep staples like rice and corn flour cheap, also cause distortions. Controlled items are scarce, prompting most Venezuelans to pay several times more than government-set prices on the black market.

A typical Venezuelan household needs to earn the equivalent of eight minimum wages to buy one month’s supply of food, according to research group Cenda. A recent poll by the Caracas consultancy Consultores 21 found nearly a third of Venezuelans unable to eat three meals a day.

“In general, the advances that they achieved under the government of Chávez have disappeared completely in the last two years,” said Daniel Fermín, a policy researcher at Andrés Bello Catholic University, who has studied the collapse in public services in Turgua.

The town is just a few miles from the capital, but few public buses brave the rough, semi-paved roads to get here.

In October, the government supplied three maroon Chinese-made Yutong buses to ease the isolation. But given the decrepit condition of the roads, local officials say it is just a matter of time before the new buses end up like the last three the government provided, rusting in a vacant lot because dollar shortages have cut the country’s capacity to import vehicle parts.

“The government just throws the buses at us without any maintenance support,” said Gustavo Cisneros, a community council spokesman. “It’s such a waste.”

The decline in living standards has become all too apparent for Ludiana Altuve, director of the privately run Mano Amiga La Montaña school here in Turgua.

After investigating teachers’ complaints that two students—aged 4 and 6—were turning up to class weak and disoriented, Ms. Altuve found the brothers’ family could no longer afford breakfast. The hungry boys had been asking for help from a school security guard, who himself could only sometimes afford to buy them food. The children were added to a free breakfast program run by a Catholic charity that now feeds more than twice as many students as a year ago.

“The problem is the government didn’t bring anyone here out of poverty by giving them an education or something sustainable,” Ms. Altuve said.

Rampant crime, another hardship that disproportionately weighs on Venezuela’s poor, has also hit her school and the surrounding community, turning the village into an anarchic breeding ground for violent gangs who recruit disillusioned youth and kidnap victims for ransom.

Last year, the body of a pro-government Caracas city councilman, Eliecer Otaiza, was found in Turgua with four bullet holes. One morning earlier this month, Ms. Altuve recounted, students arriving to Mano Amiga found the body of a man shot to death left at the school’s gate. In August, one of her teachers was murdered by a young family member who she tried to pull out of a gang.

At the state-run Creación Turgua School, located just up the hill, director Elvis Andrade says the 10-room facility is often hit by blackouts, and in recent weeks has been looted of a TV, three computer monitors, fans and even one of the building’s two water pumps.

“I try not to think about it too much and just push on,” Ms. Andrade said.

—Anatoly Kurmanaev contributed to this article 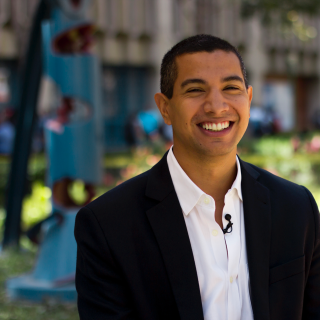